Recovering and Healing With Deanna Broaddus 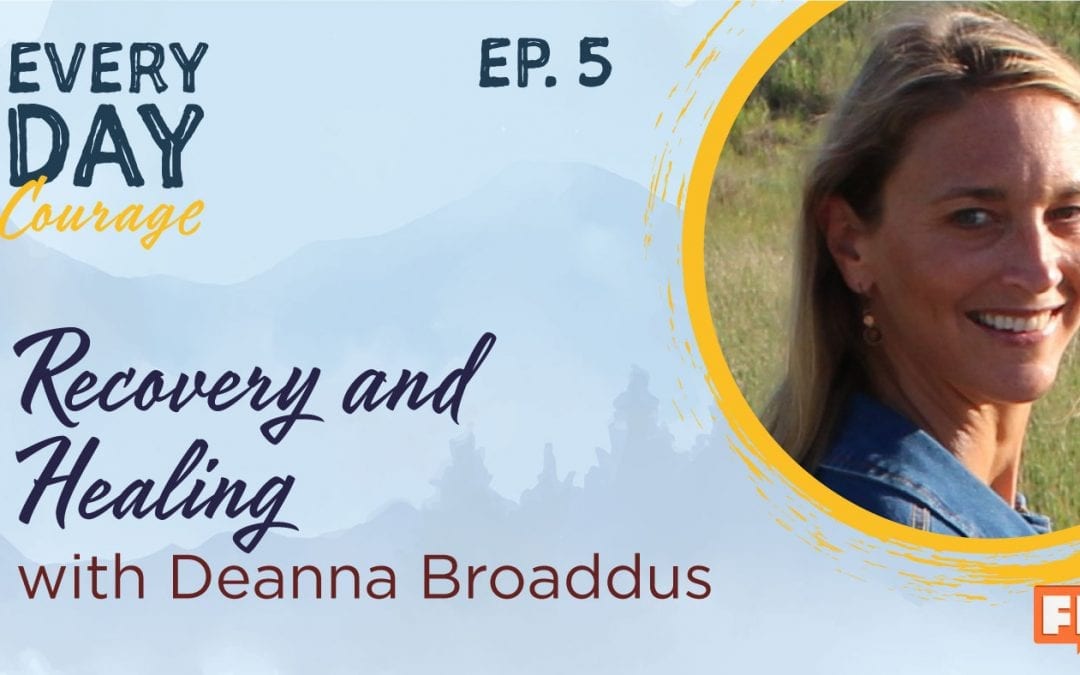 Deanna Brodus started on a road to recovery, healing, and transformation 10 years ago when she began to realize that she was breaking and struggling in every sense. She struggled with substance addiction, in addition to being in a manipulative, toxic relationship. She felt as if every part of her life—her finances, emotions, and health—was falling completely apart.

“At best, I was going to end up insane. Or at worst, I was probably going to die.”

Amidst her troubles, she made the first courageous step toward healing by reaching out for help and fleeing the destructive relationship she was in. She wasn’t sure where she was going to go or what she was going to do, but she knew that anything and anywhere was better than where she currently was. It was the first action that helped her regain freedom and control of her life.

“I found the courage to pray, and to walk away.”

The next steps in her path weren’t easy. She had to be open and honest with herself and other people about what she had been going through, and she reached out to others for the help and advice she needed in order to take the next step. By joining a recovery program and surrounding herself with women on the same journey, she began to realize that it was possible to turn her life around, and that she didn’t need the harmful substances and relationships that had taken so much from her for so long.

“That was really the first key–was gaining accountability, and then just having all the right people in my life that were going to cheer me on.”

These tools, though simple, made a tremendous impact. Deanna learned to reflect on the bigger, deeper matters within herself. By identifying and acknowledging past experiences that were holding her back, she was able to learn and identify the purpose of what she was seeking to change.

Deanna was able to find true healing through forgiveness and seeking the best in her family, despite past experiences. As a result, her relationships with her family and father have gotten stronger, and she is able to be there for them in a way she wasn’t able to before.

“I finally realized that I can do hard things. And I could learn to become, you know, all that I want to be.”

Healing was only the beginning

This was only the beginning. She wanted to clean up the financial damage from her past and fulfill her dreams and potential, so she started cleaning up her debt and working on a career as an investor.

No matter where you are in life, it is possible to change and grow into a better, stronger person by being intentional and maintaining focus. It’s important to slow down, pause, and evaluate what things in your past and present you’ve been ignoring that are holding you back from your fullest potential.

The fight is worth it.

[01:14] Deanna found herself in a destructive relationship and addicted to harmful substances. Every part of her life was falling apart. At age 36, she found the courage to take the first steps that would mark the start of her journey toward healing and recovery.

[02:44] After leaving her relationship, she continued to heal by being honest with herself and the people around her. She surrounded herself with women who had been through similar struggles and were on the same journey on recovery.

[04:11] She felt that the most valuable part of the process was the deep soul-searching and acknowledgement of unhealthy habits in her past.

[05:42] Through forgiveness and recognizing the best in her family, she was able to grow closer to them and mend scars that had been made in the past. She continued the journey by cleaning up her finances, working on her career, and following her dreams.

[09:16] For those who are seeking healing and improvement, it is important to reflect on the past and acknowledge things that are holding you back, to come to reconciliation and forgiveness with the people who have hurt you in the past, and to move forward. Doing the hard work that it takes to get to where you want to be is worth it in the end.