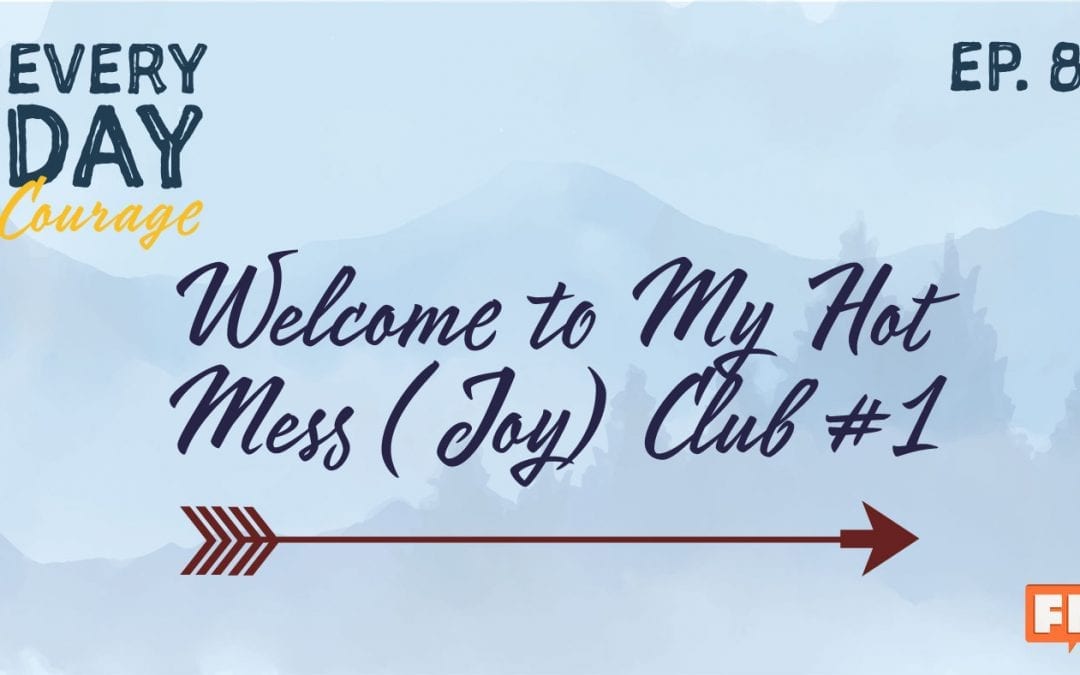 This episode is the first Hot Mess (Joy) Club episode, a segment that may return each season! Somedays, we reach every goal and are crushing it. Other days, things come crumbling down and everything feels like a mess.

“No matter how great you are doing in one area, life is really great at reminding you that you are a total hot mess in another area of life in that moment.”

We often look at social media and see how everyone else’s life is going perfect. It can make us feel frustrated and discouraged about the way our own lives are going.

So, if you’re having a rough day, these next few stories are for you!

In the first story, Jillian related that she had been having a hard night because she felt like she wasn’t as organized as she used to be. As she was trying to navigate to her AirBNB, her phone was dying because she forgot her changer.

She made it to the location just as her phone died. She knocked on the door, but no one answered. She pulled out her changer from her bag and proceeded to charge her phone on the porch.

She tried following the check in instructions, only to realize, to her horror, she was at the wrong house, and the people probably thought she was breaking in!

Her next story took place during a conference in Montana. Mr. Money Mustache was a guest speaker, and his flight after the retreat was delayed.

She invited him over to her house, and upon arriving, she was horrified to discover a smell permeating through the house. Her husband didn’t notice, but she could smell it, and she was terribly embarrassed. It turned out to be a cage for one of her children’s pet rats that needed cleaning.

As much as we would love things to go perfect, they don’t always. And that’s okay! As long as you’re making progress, don’t let those hot mess moments discourage you from continuing the journey, because it’s all part of it, and you’re doing great!

[00:43] Even though we try to have it all together and be intentional in everything we do, sometimes, we have those moments where everything is just a hot mess!

[02:10] Jillian tells the story of how she got to her AirBnb location just as her phone died, and the hot mess that followed as she realized she was at the wrong location!

[06:59] After an October retreat, the guest speaker’s flight was delayed, and Jillian invited him over to her house while he waited. When she arrived, she was horrified to discover that the house, while mostly clean, had a terrible smell to it!