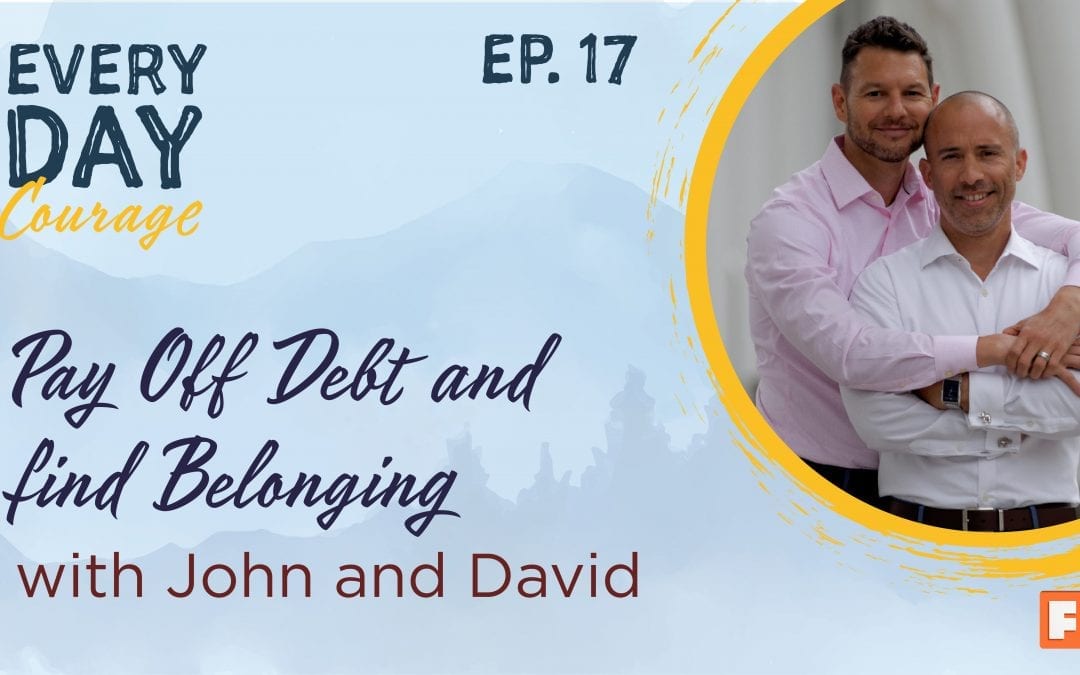 John and David from The Debt Free Guys join Jillian to talk about the secrets to living a wonderful, fabulous life without going broke.

Spending to Fit In or Feel Better

Many people struggle with credit card debt. When John graduated from college, he had none; however, that quickly changed when he moved to Denver and accumulated about $35,000 in credit card debt as a way to cope with past experiences and being accepted in the LBGT community.

“I felt like if I didn’t live up to certain expectations, if I didn’t have the right clothing, didn’t go to the right parties…I would be ostracized by another community.”

A lot of us spend as a way to overcompensate for our childhood, insecurities, or for social acceptance. John and David looked at all the money they spent—$55,000 in debt—and realized they needed to work together as a couple to tackle it.

By looking at everything they spent, they were able to identify the outliers that were adding up. That’s the first step to budgeting and debt reduction: knowing where your money is going.

“Just being willing to engage with those numbers can be so powerful.”

Spending In Line With Your Values

Once they realized they weren’t creating the life they wanted, John and David began to ask questions and make changes. They had to assess what they really wanted in life.

It came down to three things: they wanted to save for retirement, travel more with cash instead of credit cards, and be able give back to their community without hurting themselves. Once they identified these three things, they realized what they were spending on didn’t align with any of those values.

Our finances can really empower us, and it’s important, both as individuals and couples, to understand what’s driving and motivating us. Before we make a purchase, we should ask ourselves why we are making it. A lot of us use retail as a therapy, when it’s not actual therapy.

“It’s possible to make changes in your life and start living fabulously, as well as contributing to a long term, better financial picture.”

Here is a breakdown of the episode:

[00:52] When John graduated from college, he moved to Denver and accumulated $35,000 in credit card debt. He spent so much because he wanted to be accepted in his community and overcompensated for the past.

[02:35] John and David’s realized they were in a bad financial situation. When they went through their purchases to look at what they were spending and where their money was going, they were able to identify what the big expenses were.

[03:54] Once they assessed their financial situation, John and David realized that what they were spending on wasn’t aligning with their values and ultimate goals—they wanted to be able to save for retirement, travel debt-free, and give back to the community.

[05:28] Both as individuals and couples, our finances can empower and motivate us. A lot of times, negative experiences and baggage from the past can have a big impact on our spending habits. It’s important to dig down deep and acknowledge the things that influence us and hold us back from living fabulously.