Go to Fincon Before You’ve Earned It 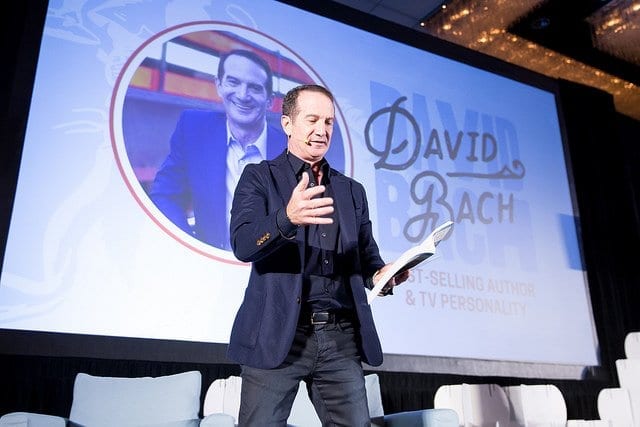 “Maybe next year.” “Maybe when I’m a bit more established.” “Once I have a better idea of where I want to go.” I totally felt this way the first time I heard of Fincon. It’s a yearly conference for people building businesses online around personal finance topics. It’s authors, freelancers, podcasters, course creators, bloggers, YouTubers, coaches, advisors and all the brands that want to connect with that group of people.

Why You’re Not Going (Yet!)

I totally understand the fear and hesitation. You aren’t really sure what you even want to do. Maybe it would be much more useful if you had even a smudge of a business idea before you show up. Or maybe if you were already better with money. You don’t feel like you have “earned” the right to be there. I’ve heard or felt every excuse. You don’t even want to do anything in the personal finance arena. You are just interested in personal finance (hence why your reading this blog).

What exactly is Fincon?

What is Fincon….exactly? Maybe you have heard bloggers talk about it. You can read about Fincon HERE. Fincon brings together over 200 speakers (including me!) to share about building a business online, podcasting, blogging, writing, getting media coverage, creating courses, growing an audience, creating a video, plus a whole bunch of panels about personal finance from the people who are doing it. (At Fincon 2018 speaking on a panel about FIRE with J.D Roth, Physician on FIRE, Mr. Money Mustache, and Mr. 1500) (Fincon 2019 I’m leading my OWN session about Networking for Introverts using the 5 Love Languages! I’m SO excited!!!)

Go to Fincon Before You Feel Ready

Knowing what I know now, I think the best time to start going to Fincon is two years before you create anything. Period. Take me for example. If this were my 4th Fincon instead of 2nd. I would have had a much clearer idea of what options were out there for creating things online. I would have understood so much more about the process before I started. I would have been building relationships with other creators who could have encouraged me and supported me when I first started. Starting this blog, I had no clue. I had no clue about anything. Not WordPress, not course creating, not video, not how blogs actually make money, not SEO, not how to get featured in media. If I had gone to Fincon two years before I started blogging….that would have been a HUGE head start.

It’s easy to think, “I can see how it’s totally worth it for bloggers or podcasters who already have big audiences and are making money. But I don’t even know what I might do.” I would argue Fincon is MOST valuable at the beginning of your journey, definitely not less valuable. I think everyone learns things, everyone deepens relationships and everyone meets with brands. But if you are Mr. Money Mustache or Paula Pant, you already know a lot of the things. You already have a lot of relationships. It’s rather easy for them to meet with brands at any point. They will take Paula’s call. The kind of access Fincon gives you BEFORE you start your journey is an enormous advantage! The most value comes when you don’t have a clue about anything.

Fincon was one of the most generous places I’ve been. You have 200 people who are spending hours preparing to give you their very best information….for free. Most speakers aren’t getting paid for a fancy speech. They are opening their business and life for the sole reason of helping you do what they have done. It’s an incredible group of people. All giving so generously to help other people get where they have gotten. There are very few places in the world where you can surround yourself with millionaires, financially independent, early retiring, best selling authors, big podcasters, best selling authors, freelancers and people who have built 6 figure and 7 figure business. And 99% are simply really cool down-to-earth people. They are really excited to open the doors to their success and let you have a peek into how it’s done. I love the group because they are creators. They all make things and put them out into the world. And I simply need more of those people in my life. People with passion, vision, hustle, and fire in their bellies to create something worthwhile. I love the town I live in but 1 out of a 100 people are doing those things. At Fincon that number is flipped to 99 out of 100 are out there getting it done.

You don’t figure things out before you start. At the beginning of the game, you don’t know the right people, you lack connections, you lack direction, you lack resources, and you lack support. How could Link complete the quest if he never started walking? Totally unprepared. Lacking everything he would need to finish. You learn by going. You’ll get ideas by being around lots of great ideas. You figure out what you want to do or create by seeing what others are doing. You find inspiration with inspired people. Once you see all the options, you start to figure out your path. None of this happens sitting on your couch waiting until you have “earned” the right to spend a chunk of cash and go to Fincon. Go Early. Hang out with the millionaires and financially independents. Hang out with business owners. Hang out with writers and creators. Fincon is a fire hose of ideas, inspiration, and how-to’s.

Two Guys Who Didn’t “Deserve” to be at Fincon

Last year I met two guys on a bus to a dinner party. I asked what brought them to Fincon and their response was awesome! “We just thought it would be fun. Hear a bunch of great speakers. Get to meet all the people whose blogs we read and podcasts we listen to. But it’s SO inspiring. I never considered creating anything online, but after hearing everyone, I just might!” I saw them later that night at a private party. They had met a bunch of people at the dinner and was invited along to meet everyone. They were having the time of their life. “Ok, that sounds good.”

Your basic ticket (which is all you probably need): $399-$599 (depending on how soon you buy it!) Airline ticket: ?? Probably less than mine from Montana! Hotel: There are lots of room share options in the Fincon Facebook group $200-$500 Food: You can go as frugal or as expensive as you want. Aside transportation, a room, and travel, I literally spent less than $20 last year. I packed protein bars, nuts and tea. It’s Sept 4th-7th in DC. You’re looking at $1000-$1200 depending on flights and 2 or 3 vacation days. I’m not sure how much $1000 invested for 10 years will increase your net worth. I think investing in Fincon has the chance to yield a much higher return to your net worth over the next decade. If you decide to buy, shoot me an email and let me know you’re going to be there! I’m easy to spot (6 ft tall!) but I’d love to say hi! If you buy with my link (it’s an affiliate link so Fincon will throw a few coins my way if you use it), I’d be happy to buy you a drink!