Forging Your Own Path with Paula Pant 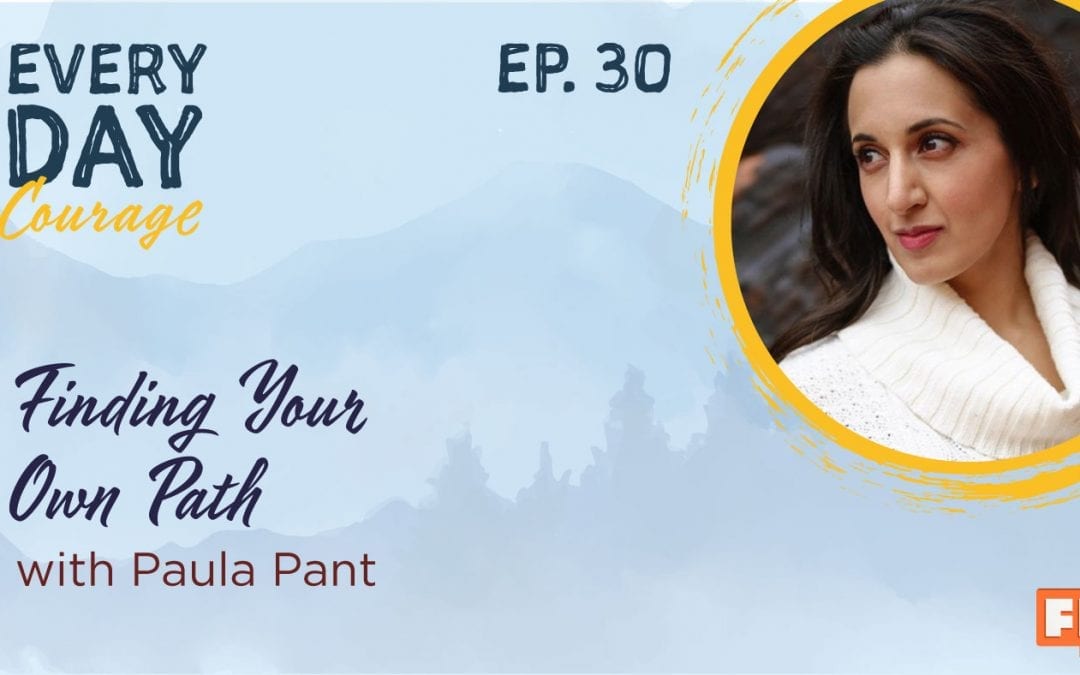 Jillian is very excited to be joined by Paula Pant from the Afford Anything website and podcast, and this episode is all about creating your own path in life.

Challenges of Being a Person of Color

Throughout her time in school and growing up, Paula was always made fun of by others, because she was the only colored person in her class. Her classmates would always pick on her and tease her, and she didn’t understand the references and conversation surrounding the social culture she was in. The advice often given to “be yourself” was advice that always ended badly for Paula, because the person she truly was didn’t fit in with the social culture she was in.

Academically, she was very smart and successful, but that experience made her believe that she would always be a social reject in society, and she had low expectations for herself and her future.

Paula’s parents really wanted her to attend graduate school. They came from a life of poverty in Nepal, and they wanted a comfortable middle-class life for themselves and Paula. It was hard for them to accept that Paula didn’t want to go to grad school.

Paula began writing for a newspaper right out of college. She absolutely loved it; however, newspapers were not nearly as popular as they had been in the past, and she decided that becoming an entrepreneur was the direction she could go in to continue the work she loved.

“Once I realized that the future of journalism was going to be much more entrepreneurial, and much more online, I knew that that was the direction I needed to go in.”

Paula’s parents wanted her to have a safe, structured life. However, she wanted to break away from that and live an independent, flexible lifestyle. She wanted to have the freedom to travel, explore her interests, and chase the things she enjoyed.

“As a reaction to having such a strict upbringing, what I craved most was freedom.”

How do we know when we’re compromising and giving in to what other people want for our lives? For Paula, she began to realize that whenever she had to talk herself into doing something, whenever she got defensive or had to try and convince other people with legitimate reasons why she should do the thing, it was because she was trying to convince herself and not what she really wanted.

Follow and chase what you’re excited about—that’s what is real to you. Paula realized that being an entrepreneur was what she wanted to do with her life because she was thrilled about it. She was excited about freelance writing and the flexibility that came with it.

Through her experience, Paula came to the conclusion that other people’s advice is what they think you should do if they were you, not necessarily what is best for you. The thing is, other people are not you. Each person is different, and in the end only you can truly know what you enjoy. Here’s a breakdown of the episode:

[01:15] Growing up, Paula never fit in socially. While she excelled academically, she was always made fun of because of her skin color and her culture, and she had low expectations because of it.

[09:54] Right out of college, Paula began writing for a newspaper. Paula’s parents strongly desired for her to go to graduate school, and they had a hard time accepting the fact that she chose a different path. Once she realized that newspapers were declining in popularity, she set out to start a career in entrepreneuring.

[16:20] Paula came to a realization: Whenever she had to defend a choice she was making or list the benefits, she was really trying to convince herself of it in order to meet outer expectations. She knew she wanted to pursue an entrepreneurial career because it was something she was actually excited about.

[22:39] Paula struggled to convince her parents to change their mind, so she made her own decisions in life. It’s hard to get people to change their mind if they don’t want to, and Paula realized that advice is often a reflection of what the person giving it would do, not necessarily what’s best for you.